UPDATE:Turns out it was nothing…

Could be something. It might be nothing. Better top of the fuel tanks just in case…

On top of all the other scheduled projects taking place, we have a bad generator fuel transfer pump at one of the E911 sites that should be replaced before Monday, apparently.

I was just listening to the latest broadcast of severe thunderstorm and tornado warnings rolling in across WXL-37 for upstate NY:

It looks a little bit hairy to the north.  There is a lot of rumbling around to the west of us and we are prepared to head for the basement in event of a tornado in this area.

At some point in time, somebody decided that computer generated voices were exactly right for emergency communications. Never mind some of the quirks that can be encountered.  These are mostly pronunciation errors for places like Saugerties, normally spoken as Saw-ger-tees but the NOAA computer voice says S-ouw-jer-tees.  That is understood well enough, but frankly, there are other place names that go by so fast that I cannot make sense of what the computer is saying.

Another good example of this is the Coast Guard’s computer voice confusion around the word “November.”  In the military (NATO) phonetic alphabet, November is the word used to express the letter N.  For some reason, the word itself seems to be a bit of a mystery to the computer, which sometimes renders the word November as “NOVEMBER OSCAR VICTOR ECHO MIKE BRAVO ECHO ROMEO.”  For those of us who have been in the military, this makes perfect sense.  Why just say “November” when you can say much more, waste time, and confuse the unaware.  This particular computer voice is nick named “Iron Mike.”

Computer generated voices can be hit or miss.

Then there is the computer voice from Shannon VOLMET:

Even on HF Single Side Band, that voice is clearly more understandable than the NOAA voices in use today. The issue is, many broadcast stations now use the NOAA computer voice to broadcast weather alerts to their listeners.  If I were driving in my car with lots of background noise, I likely would not get most of the information being relayed by the broadcast station via EAS.  I suppose gone are the days of a professional broadcaster’s voice clearly imparting information and comforting the listeners during time of calamity.  Sigh. 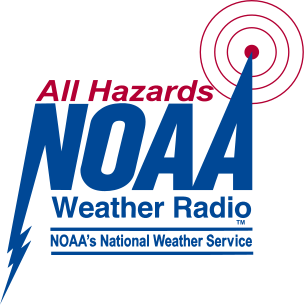 Once upon a time, usually during a license renewal period, a radio station listener might hear the following on the air:

On May 15, 2001, Radio Station KZZZ (FM) was granted a license by the Federal Communication Commission to serve the public interest as a public trustee until December 1, 2005. Our license will expire December 1, 2005. We must file for license renewal with the FCC by August 1, 2005. When filed, a copy of this application will be available for public inspection during our regular business hours. It contains information concerning this station’s performance during the last four years. Individuals who wish to advise the FCC of facts relating to our renewal application and to whether this station has operated in the public interest should file comments and petitions with the FCC by November 1, 2005. Further information concerning the FCC’s broadcast license renewal process is a available at the KZZZ offices, located at 555 Main Street in Smallville, or may be obtained from the Federal Communications Commission, Washington, D.C. 20554.

So what does “Granted to serve the public interest mean?”  Perhaps having a news department, or sponsoring a debate in the local mayor’s race, perhaps a Sunday morning church service.  Maybe some High School football or even broadcasting emergency information such as tornado warnings or a flood warning.

How about broadcasting a flood warning to your listeners that are taking part in a station promotion?  How about if said station promotion happens to be taking place in a flood plain, and warnings issued several hours before the promotion is scheduled?  No?  You can’t make this stuff up, no one would believe you:

A Clear Channel station in Grand Rapids, MI threw its annual B93 Concert Bash on June 20 in nearby Ionia by the Grand Rapids River, apparently oblivious to flash flood warnings issued by the National Weather Service.

No, nothing bad can come of this right? right?  Of course the inevitable happend.  The river overflowed it’s banks, causing concert goers to flee for their lives and flooding the parking area submerging their cars.  Naturally, Clear Channel will pay those who had their cars towed out of the mud right.  Nope, you listeners are on your own, tough shit.

Then there is the now infamous Minot train derailing. For those not familar, a train carring anhydrous ammonia derailed and spilled it’s contents.  When local officials attempted to activate EAS, they couldn’t.  They then attempted to call the LP-1 station on the phone to get the information out, nobody was home.  Clear Channel placed the blame squarely on the local law enforecement agencies stating that they had not installed their EAS equipement properly and had changed frequencies on their radio link without notifying the radio station.  Perhaps, but it seems there is more than enough blame to share.  Were station employees proactive with the local government officials?  I can’t say, but they should have been.  EAS is a team effort.

Not to pile onto Clear Channel too much, Cumulus seems to encourage their listeners to head out doors, enjoy the good weather.  During a tornado warning.  Nice.

By this, It would appear that the public is interested in fleeing for their lives, having their cars flooded, all the while wondering what is going on.

No matter how hard people try, nothing can replace radio’s role in alerting the public.  Mass e-mail systems, Blackberries, and other internet based systems will fail when the power goes out and kills the supporting ethernet infrastructure.  Cellphones, PCS devices, I-phones become unreliable during emergencies because the TELCO system that supports them gets clogged with traffic.  Many cellphone towers do not have backup generators.  During the events of 9/11/2001, I experienced first hand the difficulties trying to use the wired telephone network due to congestion.  Since the HDTV rollout, cable companies have become the backbone for the distribution of TV signals.  Coaxial based cable systems rely on booster amplifiers every mile or two to keep the signal strengths usable.  Those amplifiers need power from the utility grid.  Not to mention, most TVs cannot run on batteries and lack portability.

Almost everyone owns a battery powered portable radio.  When the shit hits the fan, they will turn it on.  What will they hear?

So where is the official outrage?  Why has not the big radio CEO’s,  public trustees each, been dragged before congress to explain themselves?