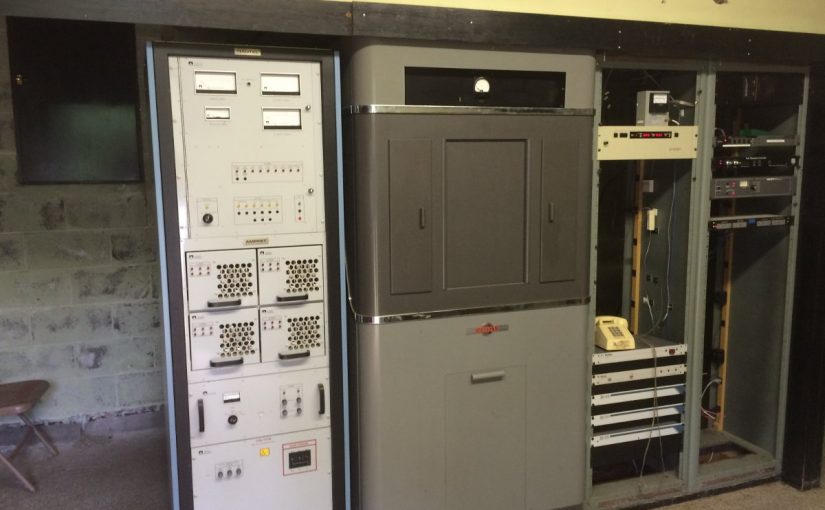 Things that were not addressed:

Things that were discussed then changed subsequently as a separate initiative:

What has been the net effect of these changes?  Has any of this revitalized AM radio?  The net effect has been approximately more of the same.  There have been many stations that have applied for and received licenses for FM translators.  Those stations, in most cases that I am aware of, receive some benefit of extra revenue because of this.  Stations with carrier power levels of 10-50 KW have taken advantage of MDCL technology to save some money on their electric bill.  Nothing wrong with that.

I have heard from more than one AM station owner who says after four years, they are going to “turn in their AM license and just keep the FM.”  I am sure that they are not informed regarding translator rules.  Perhaps, however, the FCC will allow this in the future; a sort of back door commercial low power FM station classification.

The AM band zenith occurred in November of 1991, when there where 4990 licensed AM stations in the United States.  As of June 30, 2018, the total stands at 4633.  That is a decline of 357 stations.  There are currently 90 AM stations listed as silent.  That represents a decline of approximately 9 percent or less than 1/2 of one percent per year.

The last number of AM stations actually transmitting HD Radio that I found was approximately 110, which differs from the iBiquity (and FCC) number of 240.  The FCC data base includes stations which are currently dark, or stations which where transmitting HD Radio at one time but have since turned it off.  Either way, it is a small percentage of licensed stations.  As of this time, AM HD Radio appears to be a non-starter.  In other parts of the world, Medium Frequency DRM seems to be doing well.  The difference seems to be that the DRM operation is all digital and the digital carriers have a much higher power level than that of the hybrid AM HD Radio being used here.

Of those 4633 standard broadcast stations, approximately 260 belong to iHeart radio, Cumulus owns approximately 120 and Townsquare owns approximately 80.   That accounts for 460 stations.  The remaining 4000 or so stations currently on the air are owned by medium sized corporations or individual owners.  The reason for the distinction; I have noticed that the large corporate owners tend to concentrate resources and effort on those licenses that will make the best return, e.g. FM stations.  Of course, there are a few exceptions to that trend, often in major markets.

Of those 4000 or so remaining AM stations, most seem to be treading water.  They are making enough money to stay on the air.  There are a few AM stations that are doing remarkably well.  Those are the ones with primarily  local content.  The vast majority of AM stations are running some type of syndicated talk.  News/talk and sports radio are the two most common formats.  Conservative news/talk seems to be the bread and butter.  Liberal news talk has been tried, but none have succeeded.

Last May, the Supreme Court overturned the Professional and Amateur Sports Protection Act of 1992.  That federal law prevented gambling on outcomes of professional and college sports games.  With the overturn of that rule, individual states can now legalize sports betting.  It will be interesting to see what states allow legalized sports gambling and whether that has any effect on the various sports radio formats.  I can see where individuals and odds makers may want to get good inside information regarding team dynamics and so on.  The sports network that can furnish such information may be in a good position to carve out a niche.

Music can and does sound good on AM when it is done correctly.  There is a great misconception that AM fidelity is poor.  That is not necessarily so.  There are a good many AM receivers these days which have much better bandwidth than the previous generation receivers.  I am noticing that car radios in particular sound much better.  Yes, there are still problems with electrical noise and night time interference.  There are still technological improvements that can be made for analog AM on the receiver side.

In summary; the revitalization efforts have benefited some AM stations in some areas.  The truth is, that many AM stations have been let go for so long that there is no saving them.  Other AM stations that are still viable are making a go of it.  In nautical terms; there is six feet of water in the hold, the pumps are working and the ship is not sinking… for now.

The FCC is stepping up enforcement on pirate radio. They have released an enforcement advisory, which you can read here.

Okay, so when you stop laughing, here is what will really happen: They will go out, bust a few pirates, issue larger than normal Notices of Apparent Liability, collect none of the money from them and call it a huge success.  I doubt very much that the FCC or congress has the wherewithal to wage an all out effort against pirate broadcasting. This is the same FCC that eliminated most of its field enforcement agents and closed most of their field offices.  But that doesn’t matter either, because the NYC field office is still open and within a ten mile radius of that, there are likely a dozen or more unlicensed broadcasters.

In the mean time, if you are a licensed broadcaster, God forbid you accidentally miss a Required Monthly Test or have an unlocked tower fence.

It is like the city police force that sits on a stop sign writing tickets to otherwise law abiding motorists when the next block over, kids are out in the street openly selling bricks of heroin.  Meanwhile, the chief of police sits in his office furiously typing blistering memos saying that the sale of heroin is illegal.

In an interesting development, the FCC has taken notice of some pattern distortion from the side mounted FM antenna of KFWR, Jacksboro, Texas.  For those, like myself, not familiar with Texas Radio, that is in the Dallas/Fort Worth market.  The crux of the issue is co-channel interference to KCKL in Malakoff, Texas.  These two locations meet the spacing requirements in 73.207 (215 km).  The issue is with the side mounted ERI antenna and what appears to be intentional pattern optimization.

From the FCC order to show cause:

ERI’s president, Mr. Thomas Silliman, acknowledging that KFWR’s antenna “was mounted in a favorable direction, but… has not been directionalized and therefore is legal.” Mr. Silliman adds that the custom lambda tower at the top of the new KFWR tower was specifically designed for operation at KFWR’s frequency of 95.9 MHz, and that the tower’s lattice structure is “repetitive at the half wave of the specified FM frequency.” Thus, “if one picks a favorable mounting position on the tower, every element in the array sees the same favorable mounting result. Mr. Silliman also states that vertical parasitic elements are used to make the vertical radiation pattern “more circular” and reduce the vertically polarized gain to the east. In a subsequent pleading, ERI elaborates that its computed values “are relative to an RMS measured field of 1.0.” Mr. Silliman concedes that the mounting of the antenna on a certain tower face constitutes “pattern optimization,”arguing later that this is a common practice used by all antenna manufacturers, but states that it is the ERI’s policy “not [to] increase the directivity of the antenna pattern.”

The FCC concludes that the directionality of the side mounted antenna, in this case, is clearly intentional. The radiated power towards co-channel KCKL was calculated to be 274.5 KW, which is in excess of the 100 KW limit and orders KFWR to reduced TPO from 25 KW to 9.1 KW.

We have lots of these out in the field:

In fact, I believe the majority of our FM stations use side mounted antennas.  Some of them are mounted to a leg and some are mounted to a face.  Usually, I try to place the antenna on the tower so that the bays are facing the desired audience.  This information is given to the manufacture when ordering the antenna so that proper mounts can be furnished and the mounting distance between the tower and antenna properly calculated.  That is about the extent of any “optimization” that is allowed.

As the FM band gets jam packed with FM signals, this may become more of an issue in the future, particularly around dense signal areas around major metropolitan areas.