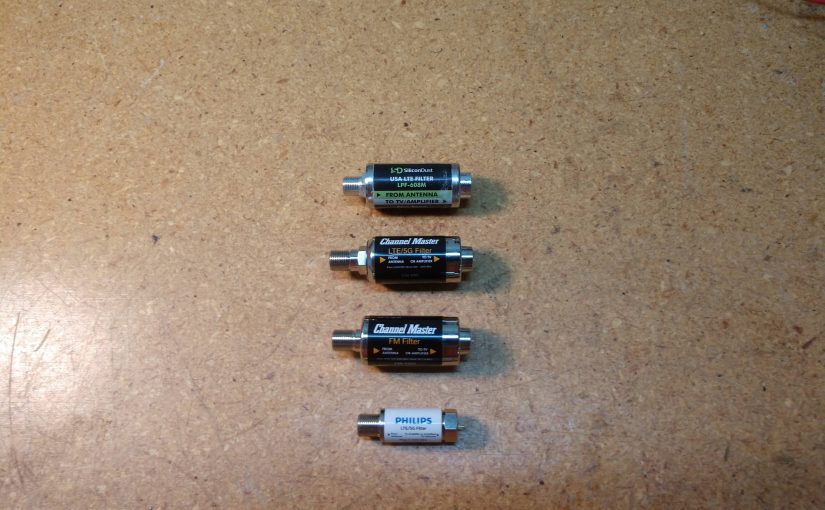 Many people are surprised that OTA TV (Over The Air Television) is still a thing. I am here to say that there are lots of TV stations still broadcasting. OTA is alive and well, especially around big cities. To wit; I noticed this older TV antenna on the roof of a transmitter building in Lodi, NJ. Being curious, I connected an ATSC 1.0 TV to the antenna lead in the kitchen. One scan captured 62 TV channels and sub-channels OTA in the NYC market.

That site is 10 miles northwest of the Empire State Building.

I also noted that the satellite dishes on site have had Terrestrial Interference (TI) filters on the LNB’s for many years. Recently, 5G filters were installed as well. Thus, I added a 5G/LTE filter made by Channel Master (part number CM-3201) to the TV antenna splitter. A rescan captured 79 channels. Interesting.

I began ordering TV receiver filters and testing them with my network analyzer. There are many different units made by different manufacturers. The smaller, cheaper units do not have as good performance as the larger, more expensive ones. Go figure.

Here are a few sweeps of various filters:

Sometimes I get questions from non-technical readers, thus for the uninitiated; these sweeps are return loss. The higher the line on the right-hand graph, the less signal will get through the filter. A flat line at 0dB means that little or no signal is getting through on those frequencies.

These filters are helpful, especially with inexpensive consumer-grade TV receivers. If you live near an FM transmitter site, then an FM band-stop filter may help, especially with the low and high-band VHF stations. If you live anywhere near a cell site (and most of us do) then a 5G/LTE filter will likely help. 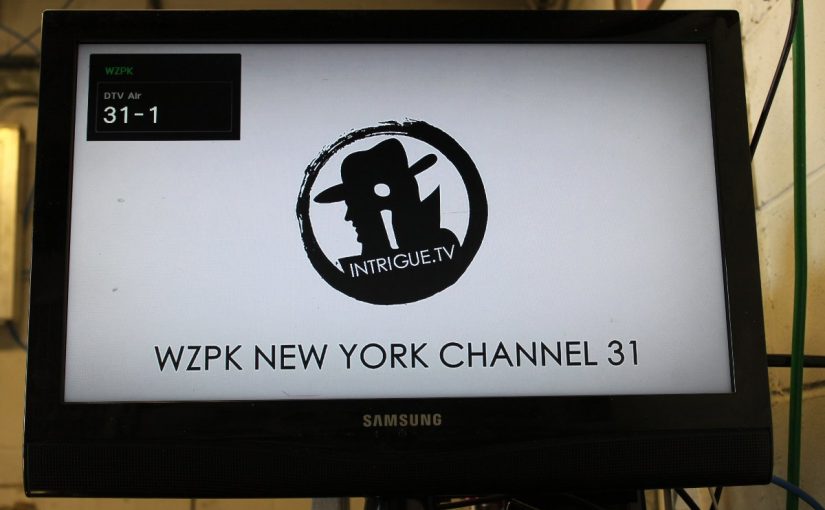