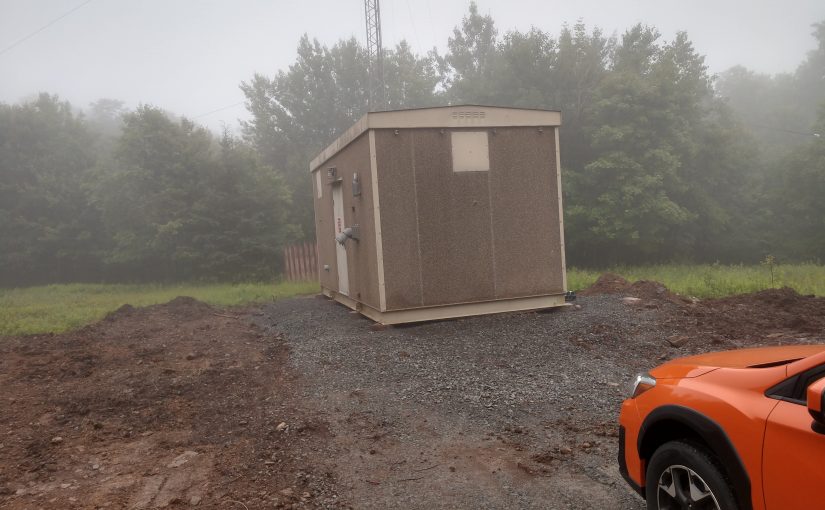 Putting the finishing touches on another transmitter site rebuild, this time in central NY. This station for many years used this rambling white residential-looking structure for both the studio and transmitter site:

Unfortunately, over the years, the building has deteriorated beyond economical repair. A few years ago, the studio facility was moved to a new location in town. Now the transmitters are being moved to this repurposed cellular building:

This was purchased used from a local crane company, which had dozens of them on their lot after NEXTEL was absorbed by Sprint. During the permitting process with the town, they referred to it as a “Circular Use.”

They are actually nice buildings, coming prewired with a 200 amp single phase service, two working Bard HVAC units, ready-made coax entry ports, etc. My only complaint (so far), is the light switch timer. I like the idea, the lights get switched off automatically and are not left on for months at a time when nobody is at the site. However, the timer only goes up to 2 hours. Thus, when we were doing the installation work, periodically there would be an audible click, then everything would go dark. Not terrible.

There are also two other FM stations that have an STL transmitter here.

All in all, an enjoyable project.

3 thoughts on “New transmitter building for an old station”