This is a youtube video of a Police song from the 1980’s received via skywave and recorded off air on an AM radio.

The classic 1983 #1 smash hit, as received in analog C-Quam AM Stereo… in Japan… via nighttime skywave in the Tokyo area, roughly 500 miles away from Sapporo (ed: where the station is located). The audio quality is among the best I’ve ever heard from analog AM radio, thanks in large part to an excellent wideband receiver, very quiet band conditions, and the Orban Optimod-AM 9100 audio processor being used by HBC Radio to its maximum extent: 12.5 kHz audio bandwidth with stereo enhancement added (above and beyond the amount naturally provided by the matrix processing used by AM Stereo).

Of course, I know several FM stations around here that wished they sounded as good. Naturally, in Japan, they have sought to minimize night time interference problems by limiting the number of stations on air and enforcing the rules and regulations in place to protect those stations on the air. They also seem to allow greater bandwidth, out to 12.5 KHz in spite of the narrower channel allocations (9 KHz in ITU regions I and III, vs 10 KHz here in the US, ITU region II). One other thing to note, there is no digital buzz saw occupying several channels of broadcast spectrum. Keep in mind, this was received in Tokyo, likely a very high noise environment.

I was trying to find out the power level of the transmitter, the call sign is JOHR in Sapporo Japan, frequency is 1287 KHz. HBC is the Hokkaido Broadcasting Company, a privately held company. The state run radio outlets in Japan are NHK, which have several radio and TV stations throughout the islands.

Anyway, AM is dead. Killed by the very owners of the broadcasting companies themselves with help from the NAB. They are the ones that petitioned the FCC to loosen up the allocations and allow more and more stations to be crammed into the band. That is old news. The new news is same forces that killed AM radio are diligently working their magic on the FM band as well. More stations, translators, digital IBOC nonsense that doesn’t work, more of everything. After all, more is better. Until it is not. Then it’s too late. 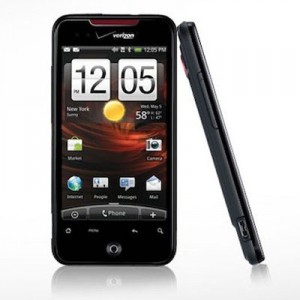 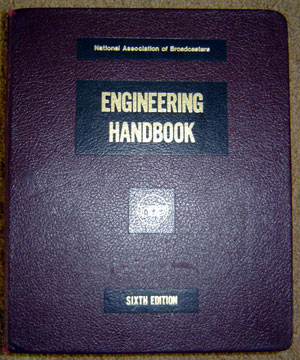 I just found my old copy of the NAB Engineering Handbook, sixth edition. I have enjoyed throughly looking at the AM antenna sections. It reminds me, that while we tend to think we have come up with new answers to old problems, really most of this was figured out a long time ago, this particular edition was copyrighted in 1975.

It is a thick book and covers AM, FM and TV broadcasting technology as it was understood in 1975.  There are several chapters about “current” things that no longer apply, there are also many very useful items, such as studio construction, AM and FM broadcast antennas, tower maintenance and so on.

I will keep this on my shelf because it is an interesting primer on AM broadcast antennas with all attendant formulas and charts.  It is quite interesting and fun if one is looking for the theoretical efficiency of a 185 degree radiator at 1 mile.  I remember WPTR (now WDCD) in Albany had a three tower with 206 degree radiators, 50 KW carrier power on 1540 KHz.  It seemed to be quite effective, when I was chief engineer there, we used to get reception reports from South Africa.

Perhaps one day, I’ll put some of that information to good use with an AM station of my own.