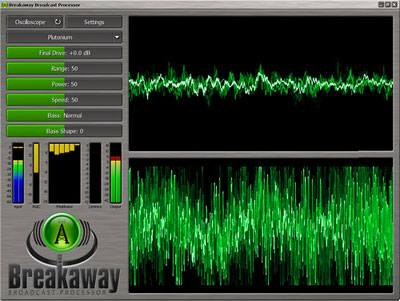 Excuse me while I gag…

Okay, that’s a little better.  I was just reading up on the newest, greatest, holy cow, gee whiz, gotta have that expensive box processor, also known as the Omnia 11.  I have to hand it to Mr. Frank Foti and his marketing team.  They have created one heck of a buzz about this thing, and it seems like folks are jumping on board to shell out $10 – $12 K for the box.  But let us review a few things.

I will admit most freely that I tend to be an audio purest.  I do believe that a limited amount of processing has its merits, especially for those listeners in high noise environments like automobiles, work sites, etc.   With sloppy DJ’s working the consoles, there is a minor need for some limiting, gain reduction and so on, just to the air product levels aren’t all over the place.  Those are the real world considerations.

Does and Ipod have an air chain processor? No, if the Ipod user want more loudness, they turn up the volume.  Since most Ipod users are normal people and not some burned out DJ with bad hearing, the volume control on an Ipod has plenty of head room to satisfiy.  Does a Droid or a Blackberry or whatever else people are listening to these days have an air chain processor? No.  And most users/listeners of those devices are perfectly happy with the quality and quantity of audio.

Back in the day when loudness meant a bigger transmitter, more carrier power, bigger signal, was easier to tune manually with the non-digital dial readout, etc., perhaps a loudness war with the cross town rival was part of the game.  Nowadays, nobody cares except the program directors.  I repeat, NOBODY CARES.  Ask anybody on the street what the loudest radio station is.  They very likely won’t even understand what you are trying to ask and you likely could not explain it in terms that would make them understand, much less care about.

The average person doesn’t give a rat’s ass about loudness.  Nor do they really care about how deep and full the DJ’s voice is, or how well the noise gate works, or the six band EQ or any of that crap.  In fact, if the music sounded just like it does on the Ipod, e.g. completely unprocessed, they probably wouldn’t even notice.  The competition has changed and radio is being left behind because many people are stuck with old ideas about how things used to be.  Times have changed, what should be the driving force in radio, the listeners, want to hear the music that they like.  That is what the program director should be worried about, finding and playing good music that the listeners want to hear.  Or having the best talk show, the most interesting news, or whatever other programming the station carries.

If the programming content is good, compelling radio, they will listen.  Never mind the air chain processor, the mic processor, the limiter, how loud the station is, what power the transmitter is running at, etc.  That is for the Engineers to take care of.

One thing that I find a little annoying is the continuing need to reboot everything at some interval.  Computers in the studio, audio vault servers and work stations, e-mail servers, files servers, network routers, and so on.  Got a problem, first thing to do is cycle the power off and on…

One of the most irritating pieces of equipment is the audio processors on one of our FM stations.  A few years ago, we purchased the whiz bang Omnia 6 processor.  Every 6 or 8 months the thing losses its mind and sounds terrible.  The station gets all bassy and the high end sounds distorted.  I have tried everything I can think of to prevent this, including installing an UPS, extra grounding, extra shielding, software updates, etc.  In the end, it just has to be rebooted, which of course, means several seconds of dead air.  Naturally, this processor is at the FM transmitter site, where it is difficult to get to.

The old Orban Optimods sound pretty good as long as they are re-capped and aligned every so often.  If fact, our number one billing station has an AC format and uses an Optimod 8100A and nothing else.  Our other station in the same market uses an Optimod 8100A and a pair of Texar Audio Prisms. In the ten years I have been working for this group of radio stations, I have never had to reboot the Optimod or the Audio Prisms, they just seem to work continuously without problems. Imagine that.

I have seen this called a “retro audio chain” by some.  Nothing retro about it, a little care and feeding and I’d stack this equipment up against an Omnia 6 any day of the week and twice on Sunday.

That was taken in our rack room using off air audio on the rack room speakers and a cheap video camera. You get the idea.

So here is to Frank Foti and his marketing gurus that have sold all of the program directors in America on the need to “update” there air chain processors, because, you know, the Optimod, that is old skool.