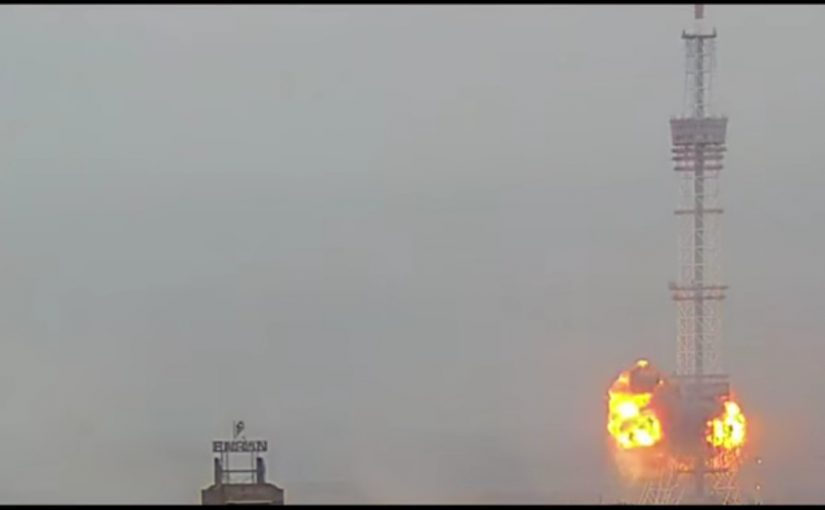 I have been watching and listening to the news from Ukraine. It is somewhat horrifying to see the wanton disregard for human life. It is especially concerning when combatants begin shelling a nuclear power plant. A breach of one of those reactor containment buildings might have contaminated a wide swath of eastern Europe. Such an act demonstrates that the Russians no longer seem to care about anyone, themselves included. A man can be very dangerous when he has nothing left to lose.

I have known many Russians over the years through email exchanges, video chats, and meeting in person. People seem to be celebrating with glee over the sanctions but it just makes me sad. Obviously, the war of aggression is wrong. However, you cannot conflate ordinary citizens with the terrible acts of their government, whether in Russia or anyplace else.

Roskomnadzor is has removed almost all outside sources of information from the Russian internet. As of this writing; CNN, BBC, Facebook, Twitter, Google (YouTube) have all been band. Radio Free Europe and Radio Liberty still exist, however, they are either on FM or use the internet for distribution.

I have to wonder if the VOA is going to step up with some shortwave broadcasts to the region. I know that the BBC as restored two frequencies so far. I believe that the European VOA relay sites have been shut down. That means either leasing time with someone or using Greenville. That is a long way away from eastern Europe, however, HF propagation is currently good and those old Continental 420As could use a little workout. Looks like they still have a row of curtain arrays aligned along 30-40 degrees true North.

As the Chief Engineer of Radio Australia once said, HF will get through when nothing else will.

In the mean time, it might be a wise idea to dust off those old cold war contingency plans and review them. At appears a new iron curtain has arisen, stretching from St. Petersburg to Odessa.