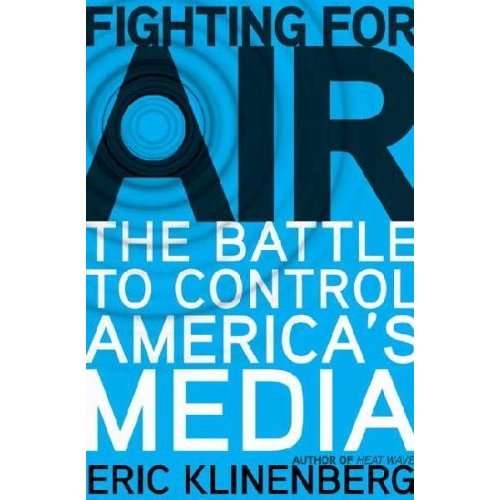 I sent off a letter to my Senators and Congressman this morning regarding HR 1147/S 592 AKA Local Community Radio Act.  Basically I am against this.  Not that I don’t appreciate what it is trying to accomplish.  I believe the technical degradation of the FM band is a higher concern.  After all, if we turn the FM band into what the AM band has become, nobody will listen to radio.

Radio is too important to ruin.  Here is what I wrote:

I strongly urge you NOT to support the bipartisan Local Community Radio Act (HR 1147/ S. 592) sponsored by Reps. Mike Doyle and Lee Terry and Sens. Maria Cantwell and John McCain.

In spite of what many have said, Low Power FM (LPFM) contributes to the technical degradation of the FM service.  By adding more and more signals covering every possible spot in the FM spectrum, the noise floor is raised causing many FM receivers to “picket fence” which is annoying to most listeners.

Radio has suffered enough degradation over the last few decades.  AM radio is now so fraught with interference, especially at night, most people do not even consider listening to it.  Packing the FM dial with thousands of low power operators will create the same problems and cause most people to abandon radio altogether.

I am a strong proponent of 1st amendment rights.  I believe the sponsors of this bill are well intentioned, however misinformed. I believe that the deregulation of commercial radio allowing one company to own 1,200 radio licenses has created most of the problems we see today.

Clear Channel, in particular, has removed almost all localism from radio, creating bland canned music channels.  Their modus operandi was to buy a group of radio stations in a market, combine the stations under one roof, get rid of most of the staff, and drop the advertising rates so other local stations could not compete.  Non-Clear Channel stations were then forced to make cuts in there advertising rates and or expenses to stay in business.

The answer is not to create a bigger mess.  Instead:

1.  Push the FCC to tighten ownership rules.  In some ways the horse is already out of the barn, but it would prevent another Clear Channel from forming in the future.
2.  If major radio groups go bankrupt and are broken up, allow it to happen, do not intervene.  This will allow real radio broadcasters to pick up the pieces and put something together.  Perhaps investigate supporting small radio owners by waiving FCC fees and limited tax breaks for a period of time.
3.  Push the FCC to continue with the localism hearings they were conducting.
4.  Push the FCC to update the EAS and make a workable Emergency Alert System in the US.

Radio is too important a resource to have it ruined.  Of all the media outlets, radio is the most robust.  During an emergency often times the utility grid is down.  Many radio stations have backup power generators and can provide vital information when the internet, phone system, cable TV network, cellphone system, e-mail, etc are down.

Radio can provide local government important mass access to their constituents during elections and at other important times.  Radio is free, there are no subscription fees, no service providers, etc.  Almost everyone owns a radio, most people own several.

Small savvy radio owners can make a go of it, provided the deck is not stacked against them.

Please DO NOT support the Local Community Radio Act. Thank you.

If you want to get involved, you can go the the Free Press website, there you will find a link to a “Take Action” page (not sure that link will work).  Again, I am not opposed to Free Press, or even Free Radio.  Packing the FM spectrum with LPFM, translators and the like will only create reception problems.  This is just become another reason for people not to listen to radio.

Sounds kind of silly, but in some cases, failure is good.  Companies that are inefficient, poorly run, poorly conceived, have substandard products, do not serve their clients, and so on should be able to fail.  This allows good companies, that do thing right, to thrive.

Too big to fail is too big and those companies should be broken up.  This holds true in the radio business as well as the banking industry, the auto industry and so on.  What is truly unfortunate is that the people most responsible for the failure, the upper management and CEOs, often get away with millions while the people who had their back into it get to go to the unemployment office.

That being said, radio is in for some drastic changes soon.

NO BAILOUTS FOR RADIO

Enough already with the bailouts.  Radio is not some precious national resource, it does not funtion for the betterment of society, nor does it provide vital information in the time of emergency.  It stopped doing those things years ago when deregulation kicked in, deregulation which was lobbied for extensively by the NAB (National Association of Broadcasters) at the behest of radio and tv stations owners, by the way.

Once deregulation took effect, station management went on a hunt for pennies, often tripping over dollars to get them.  By staff reductions and cost cutting, the product was deluded and the medium was marginalized and that is where we are today.

Not everyone followed the above narative, there are some operators who stuck to the frame work of public/customer service and kept good programming on the air.  Those stations are few and far between but they are out there.  Why should they not reap the benefits of there forward thinking?

Technically speaking, no.  Here is how radio is defined in the dictionary:

[rey-dee-oh]
-noun
1. wireless telegraphy or telephony: speeches broadcast by radio.
2. an apparatus for receiving or transmitting radio broadcasts.
3. a message transmitted by radio.

Therefore, the internet, something relying on wired connections for the transmission of data for the most part, is not radio.  A radio station that is streaming audio, is a different matter.

Aside from that technicality, there is something else that is important to note.  Internet broadcasters (AKA webcaster) lack some other key components that make a radio station a radio station;  A specific set of rules that govern their behavior.  Things like profanity, copyright infringement, slander, payola, plugola, syndication rights, advertising rules (things tobacco, alcohol) emergency information, public issues and so on.

A radio station license is granted in the public interest.  Time was that radio station were required to do a certain amount of public service broadcasting, things like the news, religious programs, community interest programs.  Many station still do this.  An internet broadcaster is under so such constraints.   Some would say that is better and it just might be.  However, when Tim Westergren says “don’t call it internet radio, just call it radio,” sir, you are wrong.