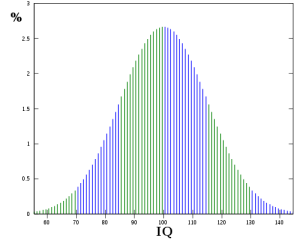 While I was away, the FCC released a Further Notice of Proposed Rule Making (11-105) regarding LPFM and translators.  There are several issues with backlog of translator applications and the possible LPFM window that looms out in the future somewhere.  The current FCC translator rules bear little or no resemblance to the reality of FM translator use today.

With a  possible exception for use by Class D AM stations, the translator service has gone far away from what it was intended to be and even, in some cases, contradicts the current rules.  DIY Media goes more into this in: Unholy Alliance.

Consolidators are using translators to get around market ownership caps by using them to re-broadcast HD-2 and HD-3 channels, which would otherwise go unheard.  Others are using translators to establish large networks of over the air relays to greatly extend their coverage far beyond any natural signal contour.  Religious and public radio stations rely extensively on translators to establish radio signals that are several times the size of the original station.  In one case, a translator in Harrisburg, PA is broadcasting a satellite feed of the True Oldies Channel that does not appear on any AM, FM or HD sub-channel in the market.  The 80/160 KM distances noted above in section B(1)(i) and (ii) seem to be largely ignored.

What the FCC wants to know is this: There are thousands of pending translator applications; what is to be done about them in light of the new LPFM legislation congress passed last year?  Should they be dismissed, approved or some market based combination of the two.  Keep in mind, the new LPFM stations are on an equal regulatory footing with translators, unlike full power FM or the previous LPFM licenses granted in 2003.

Whatever the outcome, it would appear that this will be the final chance to get an LPFM license when the filing window opens.   After this, there will likely not be a scrap of spectrum left to dole out.  The deadline for filing comments with the FCC is August 29th.

The President has signed the reconciled bill into law, it will be published to the national register.  FCC Chairman Julius Genachowski promises “swift action” to get the new rules in place.   If this law leads to a bunch of new, live local community radio stations springing up across the country then it is a welcome thing.  With all the rumbling in congress about cutting public radio funding, LPFM may have some big shoes to fill.  I have to admit, I am generally a supporter of public radio, however they have gotten off track (full of themselves) in the last few years.

There are many different requirements placed on the FCC by the LCRA to thread the LPFM needle around translators and full power FM stations, so it may take a little time to craft new LPFM rules, however, I’d expect to see a filing window sometime in 2011.

If you are considering a LPFM station and are eligible for a license, take a peak at Prometheus Radio Project, which has a wealth of information about LPFM station building.

If you need a good engineer to file paperwork, specify equipment, consult about transmitter locations, towers, antennas and so forth, drop me a line.  You can find my info and contact information in the About section.