I found this promotional picture in an old NAB conference technical papers book dating to 1969:

So here we see an obviously qualified and appropriately dressed technician gesturing to all the components she is about to install in the transmitter behind her. I wish I worked there.  No, wait, I wish I had that transmitter and perhaps this fetching young woman would come and work at my station.  Well, hell, I don’t need a TV transmitter, just the woman.

I wonder how many of these rigs RCA sold before the broadcast division went out of business.

It’s a cute little thing.  These were often used for driver tubes in FM broadcast transmitters.   With the naming conventions of ceramic tubes, we can tell quite a bit about the unit without even looking at the data sheet.

Thus a 4CV100,000 is a vapor cooled tube capable of dissipating 100,000 watts, something one might find in a high powered MF or HF transmitter.

This particular tube is installed in the driver section of a Continental 816R2 transmitter.

I have noticed that these tubes have a much shorter life than there predecessors.  Back ten or twenty years ago, they usually lasted 12-14 months.  The latest set lasted only 8 months and both units failed catastrophically.  That points to one of two things; either something in the transmitter has changed or something in the way the tubes are manufactured has changed.  Once the new tubes were installed, I checked all of the parameters against previous maintenance logs.  I also checked things like air flow, dirt and other possible culprits.

I could find no changes in the transmitter.  The only thing I can think of is the fact that the tubes are installed horizontally, which causes the elements to warp and eventually break or short.

I am thinking we may try to convert the driver section of this transmitter to a solid state unit.  The transmitter itself is 24 years old, but is still works and sounds great.  I’d hate to get rid of it because of its driver section.

This is the main transmitter for WYJB in Albany, NY. The backup is the Harris FM20H3 on the right. I haven’t turned that unit on lately, but it normally makes quite a fuss the first time the Plate On button is pushed. The FM 20T on the other hand, is mellow and even tempered.

One other thing of note; The FM20T is still on its original tube.  I looked up the maintenance records for this transmitter, it was installed in December of 2000.  Eleven years later, the 4CX15000A is still cranking out 15 KW TPO, which is impressive.  I found that high power ceramic vacuum tubes actually seem to last longer when run closer to their limits than those that are running at half power.

Judicious management of filament voltage is required to achieve this type of longevity.  There is a set procedure for installing a large ceramic vacuum tube:

This maximizes the filament life for that particular transmitter and power output.  Once the filament can no longer boil off enough electrons, the tube power output drops and it is time to replace it.

Not the prettiest sight in the world, but it does stay on the air.  There is no money to go back and neaten up this work, unfortunately. 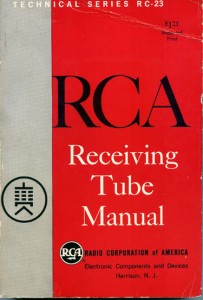