Mixed, at least in my neck of the woods.  I was stationed at a LP-1 station which was monitoring a PEP station directly.  On my end, the test went fine without intervention. Please excuse the cellphone video, I am used to my good camera, which I left at home.

Many others in the New York area had problems.  Stations with newer SAGE (Blue front) CAP capable EAS ENDECS had issues, even the ones that were also monitoring the PEP stations directly.

Many of those stations broadcast the header tones and about 10 seconds of audio.  The audio abruptly stops and is followed by twenty seconds of dead air followed by the EOM.  I can speculate that the SAGE EAS units should be checked for proper configuration and be tested back to back while receiving duplicate messages from different sources spaced apart by ten seconds.

Several stations downstream from the LP-1 stations did not receive anything at all.  Others received the alert tones but no audio, some had high levels of background noise, thirty seconds of static, audio cut off, etc.  All in all, most would look at this and say “Thank God it wasn’t a real emergency.”  Silver lining: For all those that are concerned that the federal government will attempt to diabolically take over the entire broadcast spectrum and say evil things; Doh! foiled again.

It is a pretty good simulation of what will happen on November 9th.   The script used is not the actual script that will be used for the national test.

November 9, 2011 at 2pm EST, FEMA will be testing EAS with it’s first ever national level test.  To promote that event, they have released a twenty eight page “tool kit,” (near the bottom of the page) designed to help everyone get through the test.  It should be interesting.  According to FEMA:

The nationwide EAS Test is not a pass or fail measure, nor will it specifically test Common Alerting Protocol (CAP) compliant equipment (although CAP compliant equipment should pass the Emergency Action Notification [EAN] live-code in the same manner as legacy EAS equipment).

They will release a Emergency Action Notification (EAN) to all the Primary Entry Point (PEP) stations, which should then flow down stream through all the radio, television, cable systems, and direct broadcast satellite systems.  The test should last about two minutes and will conclude with a standard EOM.

I doubt very much it will sound like this:

That is WHEN, Syracuse, NY singing EBS test.  A bit of originality there. WHEN played this for their weekly EBS test for the better part of the 70’s.  Naturally, the FCC found out about it and told them to stop.  Shame, really, it is kind of catchy.

If you have some spare time, download the tool kit and study up for the test. 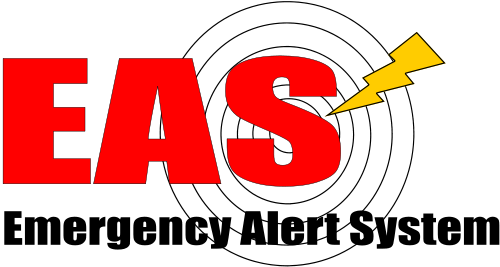