Things seem to be relatively quite these days, no earth shattering developments, no big news stories, etc.  My work load consists of mostly driving to one location and cleaning things up, then driving to another location and cleaning more things up.  Nothing really new to write about.  However, industry wide, there have been some developments of note:

Industry certifications are good tools to gauge an person’s knowledge and experience. Often times, potential employers look for specific industry certs like CCNA, CCNP, Comp TIA A+ or MCSE as conditions of hire.  In highly technical fields, these are reasonable benchmarks. 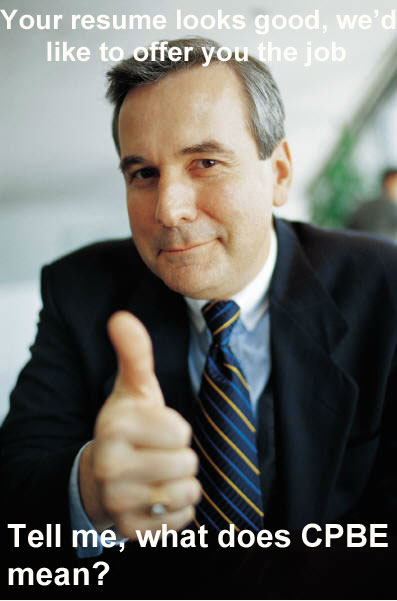 In the field of Broadcast Engineering, a CCNA or a MCSE are nice, but do not cover the RF, audio or video skill sets.  True that more and more content transmission is migrating to IP networks, the initial input is still analog.  I have seen the most savvy IT guys utterly baffled by professional audio and/or video requirements.  A tube transmitter?  That is a special animal that can exact a high price from careless maintenance personnel, up to and including death.  That type of situation is clearly not covered by a CCNA or a MCSE.

The typical Broadcast Engineer straddles both worlds; IT and RF.  On any given day, s/he may be working on the computer automation system, or at the transmitter site fixing a transmitter.  Thus, we are jacks of all trades, master of none.  The finer points of configuring MS Active Directory may be beyond a Broadcast Engineer’s understanding.  Same with the tuning up an AM directional antenna.  At a typical broadcast facility, these projects do not happen very often and experts can be hired to complete this work as needed.  Having a specific industry certification for Broadcast Engineers makes a great deal of sense.

The reason SBE certifications often do not matter is that most station managers and owners have no idea what a Broadcast Engineer actually does.  It is an unfortunate situation when a non-technical manager has no idea where their subordinate is or what they are doing.  It is not simply a matter of accounting for time either.  Almost every station or cluster manager that I have ever known came from a sales background.  To many of them, engineering is a black art.  Working in such environments is a study in frustration especially when engineering is seen as a liability on the balance sheet; somewhere far below sales and promotions but slightly above the cost of garbage collection.  When these types of managers are in a hiring process and a candidate presents them with a set of letters following their name, who knows what they actually mean?  What hiring managers do know is this; more experience means more salary.

In order for SBE certifications to mean anything, the SBE itself needs to do a better job promoting its certification program to owners and non-technical managers.  This can be done through working with the NAB and other trade associations that broadcasters belong to.  Part of the reason why so few new people are coming into the Broadcast Engineering field is because career paths are ill-defined, promotion and advancement opportunities are limited, salaries are stagnant, and better opportunities are found in other technical fields.  A better understanding of Broadcast Engineering skill set would be helpful to non-technical managers, sort of a “Explain it like I am five,” (ELI5) type seminar.

Update and bump: The many great comments about the SBE certifications got me thinking about what a Broadcast Engineer actually does. I remember typing something about it quite some time ago, thus, I dredged up this old post originally from August 8, 2009 out of the archive.

The other day, the NTR (Non-Traditional Revenue) person came to me and said “Great news!  We hired a new web guy, he knows all about engineering too!”

So I spoke to the new Web Master/Broadcast Engineer for a bit.  As it turns out, he knows how to do things like reboot the XDS satellite receiver, reboot an Audiovault server, he has been to a transmitter site a few times to take meter readings.  I suppose these days, that is what counts as being a broadcast engineer.  Someone with this level of experience could get by for a bit until something really bad happened.

Sadly, I think (my former employer) upper management and ownership believes that this guy could do my (old) job.  To them, I am an employee number, with a salary and benefits package worth X.  If they can replace me with someone that makes <X, that would represent savings.  Plug that guy into this spot, everything will go on as it did before.

I don’t think they understand exactly what a Broadcast Engineer does.  On any given day, I may:

To name a few.  In other words, there are a lot of complex systems at a multi station radio facility.  Some of this can be learned at various schools and colleges.  A lot of it is experience.  There is no substitute for an experienced veteran broadcaster who has seen almost everything and can think on his or her feet.

I have had this discussion with the market manager, and he gets it.  I know that he understands who knows more about the ins and outs of all of our studio and transmitter sites.  Things like, where is the water shutoff, the handle is broken off of the toilet on the second floor.  Of course, I know it is down stairs in the furnace room next to the fire sprinkler system.

I know where the skeletons are buried.  I have the inside numbers for the utility companies and the phone company.  I know the code enforcement officer for most of the municipalities where we own buildings and property.

Yet, the only thing they see is X.

I am toying around with the idea of reinstating my SBE certifications. At one time, I was certified as a Senior Radio Engineer.  That certification lapsed several years ago for a variety of reasons.  The first and foremost was my desire to find another career outside of radio.  At the time, I was working for a giant flaming asshole who prided himself in causing his subordinates health problems; things like strokes and heart attacks.  The sign over his desk read “The floggings will continue until morale improves.” I was also busy at home with a new, very young child and an old, broken down house.  There was not enough time to come up with enough professional points to re-certify or study for a test.  So, it went by the wayside.

Lately, however, I am beginning to see some advantage in having an SBE certification:

Thus, when I went to the SBE website and found the Jubilee Project, I was intrigued.  The SBE is offering to reinstate those former members with lapsed certifications until April of 2014 provided the applicant can supply enough recertification points.  I am also contemplating taking the Certified Broadcast Networking Engineer test for much the same reasons listed above.  I will let you know how it goes.

Incidentally, my ability to deal with giant flaming assholes as increased in the intervening years.  What doesn’t kill you makes you stronger.